Following are some charities that we support. Most of them offer opportunities for involvement. For more information, you can click on any that interest you.

everyday gandhis, registered in Liberia and the United States, is locally sourced and community driven with a focus on peacebuilding and post-conflict resolution. They work on a 100+ year timeline, seeking to identify the customs, practices, skills and insights that will outlive us.

Latina Surge National (LSN) advocates for the inclusion of women and women of color in business and society. LSN offers solutions-based tools and techniques for women that work toward their empowerment in corporate America, business, government, and society.

Created by John-Roger and Russell Bishop in 1978, Insight Seminars give people accessible tools for living successful lives. Over the last 40-plus years, Insight has reached into 46 countries and touched the lives of more than a million people.

Girl Child Network (GCN) is a National Non-Governmental network that seeks to promote the rights and holistic empowerment of the girl child in the home, school and community in Sierra Leone. Anita Koroma and her team established GCN in Sierra Leone in 1998. 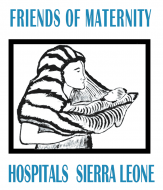 Founded by Mrs. Isha Daramy in Lunsar, Sierra Leone, ‘Friends of Maternity Hospitals’ is a non profit organization that partners with all maternity wards around Sierra Leone to help reduce natal mortality.

WordMagic is a revolutionary form of wordplay created by verbal gymnast Laurel Airica.  Laurel’s mystic-linguistic perspective on English stirs the hearts and minds of people of all ages

The International Brazilian Opera Company (IBOC) is a New York-based non-profit organization with a mission to support the creation of a new operatic repertoire that combines ideas from Brazilian and international artists while providing an educational structure for emerging talent.