Home » Recommended reads » The Flag and the Cross: White Christian Nationalism and the Threat to American Democracy

The Flag and the Cross: White Christian Nationalism and the Threat to American Democracy 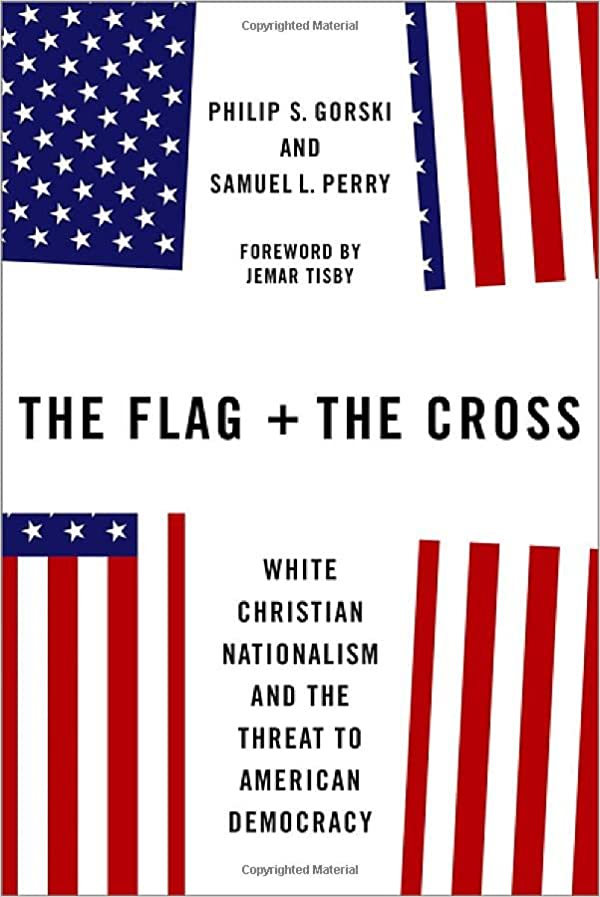 Most Americans were shocked by the violence they witnessed at the nation’s Capital on January 6th, 2021. And many were bewildered by the images displayed by the insurrectionists: a wooden cross and wooden gallows; “Jesus saves” and “Don’t Tread on Me;” Christian flags and Confederate Flags; even a prayer in Jesus’ name after storming the Senate chamber. Where some saw a confusing jumble, Philip S. Gorski and Samuel L. Perry saw a familiar ideology: white Christian nationalism.

In this short primer, Gorski and Perry explain what white Christian nationalism is and is not; when it first emerged and how it has changed; where it’s headed and why it threatens democracy. Tracing the development of this ideology over the course of three centuries―and especially its influence over the last three decades―they show how, throughout American history, white Christian nationalism has animated the oppression, exclusion, and even extermination of minority groups while securing privilege for white Protestants. It enables white Christian Americans to demand “sacrifice” from others in the name of religion and nation, while defending their “rights” in the names of “liberty” and “property.”

White Christian nationalism motivates the anti-democratic, authoritarian, and violent impulses on display in our current political moment. The future of American democracy, Gorski and Perry argue, will depend on whether a broad spectrum of Americans―stretching from democratic socialists to classical liberals―can unite in a popular front to combat the threat to liberal democracy posed by white Christian nationalism.