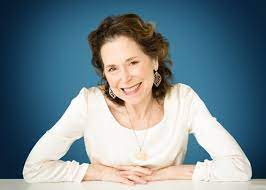 Laurel Airica is an English language linguist/educational entertainer, and creator of WordMagic Global: WordPlay That Unravels Mass Hypnosis –– and Elevates the Frequency of Consciousness. Through stunning stunts of cunning punning, Laurel offers a mind-bending, paradigm-shifting re-introduction to the English language that brings to light the ‘hidden’ philosophy in puns and the ‘cymbals’ of the alphabet.

Laurel points out that this unprecedented MOMENT in the history of humanity –– when the fate of our species hangs in the balance –– we are acutely aware of the need for us all to take consistent and concerted action to halt the degradation of our planet and all life on it. What is far less evident is that a primary source of the worldview that has us undermining the very ground of our being can be traced back to the mouth of the Global See of Consciousness. For the English Channel, which is the primary tributary to this collective perspective, is riddled with self-defeating contra-dictions.

By revealing the Secret Spells of the English Language with which we write our own Life Sentences,  and the Sacred PathWords pointing toward our liberation, Laurel shows in verse and prose how young and old around the globe can collectively, creatively and quite rapidly Take Command of the English Language (and upgrade it to facilitate our essential evolutionary leap from humankind to HumanKindness.

Laurel presents her mystic-linguistic perspective on English in live presentations as well as through articles, videos, and podcast interviews. As a Catalytic Converter of Consciousness, she performs her mind-tripping, paradigm-flipping vocal prestidigitation with the flick of a pun on the tip of her tongue. For as she explains, “Puns are like hyperlinks in consciousness. Trip on a pun and it flips-on an obvious association to which you were probably previously oblivious.”

Before Laurel posted The Secret Spells of the English Language in 2010, which ‘went viral’ in 2015, there were only two widely known words that reflect their own meaning. The first is dis-ease, which identifies stress as a leading cause of illness. The second is his-story, which spells out the fact that history is not a factual accounting of events but the victor’s telling of the tale.

These are widely considered to be anomalous occurrences of the English language echoing and reflecting us back to ourselves.  However, Laurel demonstrates that this happens all the time. She offers as examples the following pairs of homonyms:

Pray or Prey, Prophet or Profit, Worship or Warship, Parish or Perish.

As she points out, these four sets of word-twins when placed side-by-side reveal the ostensible justification and underlying motivation for the ultimate OxyMoron: The so-called Holy War.

Encountering such meaningful co-incidences elicits deeper philosophic inquiry leading to innovative and enlightening discoveries. That’s how WordMagic demonstrates its power to turn youngsters into punsters, and punsters into pundits (in the ancient Sanskrit sense of a wise being). The result of such wordplay is an increase in literacy, wit and wisdom, consciousness, creativity and compassion –– as the language and human awareness co-evolve each other.

“…One ought to recognize that the present political chaos is connected with the decay of language, and that one can probably bring about some improvement by starting at the verbal end.” George Orwell

Bio: In addition to creating WordMagic Global, Laurel has served as a communications consultant/editor for clients in a wide-range of fields. Among these have been international policy advisors, a top Hollywood film director, a Broadway Theatre owner/Tony Award-winning producer –– plus professors, psychologists, and thought-leaders in the fields of education, science, the arts, the environment and consciousness studies.