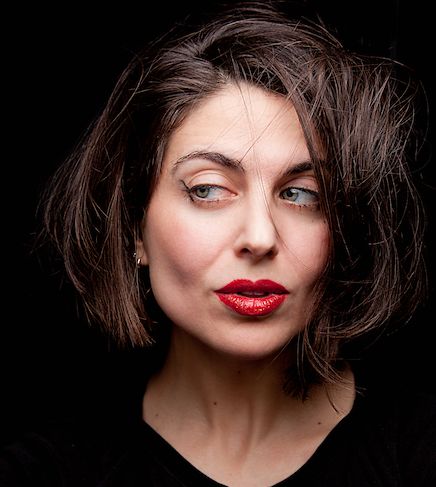 Athena Azevedo is Executive Director/Production Director for the International Brazilian Opera Company (IBOC). She has produced with IBOC since their “Brazilian Opera” debut concerts in 2014. She is currently spearheading the art direction and development of Wildflower, the opera by librettist Nina Smart and composer João MacDowell, based on Smart’s true-life story as a Romanian girl in Africa. The work intends to bring Smart’s dramatic tale of FGM to the stage and open space for education and dialogue on the topic.

As a creative producer, art director, and photographer with a background in art exhibits, cinema, opera, and photography, Azevedo has become an expert within the industries of world-class photojournalism, portrait and fashion photography, and non-profit and luxury branding. Before coming to IBOC, she has worked on development projects with non-profits and arts organizations such as the Berkeley Film Archive and Art Museum, The Mint Museum of SF, Burn Magazine, Vanderbilt Republic, and the East Bay Center for Performing Arts. Athena Azevedo received her BA in Cultural Construction and the Narrative Image from the University of California, Berkeley. She found her passion for Brazilian culture and arts during a year abroad program to Salvador da Bahia and Rio de Janeiro.

Athena Azevedo’s collaboration work with Designers Toshiaki and Hisa Ide from IF Studio NY to produce IBOC posters and brand identity has gained seven international awards since 2014. She is also a Graphis Photography Master.

To donate, sponsor or support the creation of Wildflower the opera, don’t hesitate to get in touch with athena@brazilianopera.com.