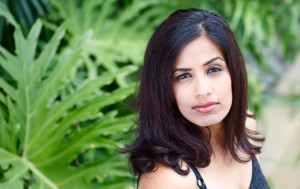 Mariya Taher is the US Executive Director and one of the founding members in of Sahiyo, an NGO founded in 2015 that works to bring an end to Female Genital Cutting (FGC) in Asian communities.

Mariya’s work in this field began with a study she did in 2010 titled, “Understanding Female Genital Cutting (FGC) in the United States,“ in graduate school for her Master of Social Work from San Francisco State University. Since then, she has worked in the field of gender violence for over ten years, working on issues of domestic violence at W.O.M.A.N., Inc.; Asian Women’s Shelter; and Saheli, Support and Friendship for South Asian Women and Families. She was a 2014 Women’s Policy Institute for The Women’s Foundation of California and her team successfully passed legislation to provide low-income survivors of domestic violence with basic needs grants. Since 2015, she has collaborated with the Massachusetts Women’s Bar Association to pass legislation to protect girls from FGC. After starting a Change.org petition and gathering over 400,000 signatures, Massachusetts became the 39th state in the U.S. to do so. She serves on the steering committee for the U.S. Network to End FGM/C. The Manhattan Young Democrats named her a 2017 Engendering Progress honoree and she was named 1 of the 6 FGC experts to watch by NewsDeeply.com. In 2018, Mariya received the Human Rights Storytellers Award from the Muslim American Leadership Alliance. In 2020, she was recognized as one of the six inaugural grant recipients for the Crave Foundation for Women. Learn more about her by listening to Mariya’s Interview with ABC News.