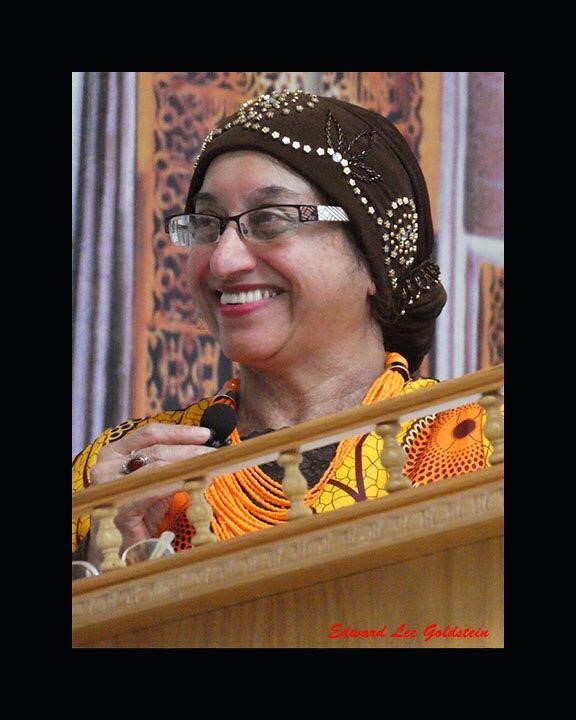 Athia Carrim is the Director of Education and Interfaith at the International Institute of Tolerance (IIT), an organization she and her husband founded in 2006.  Her husband is the Imam and the religious head of the organization.

After 9/11, there was a great deal of misunderstanding and distrust of Islam, and Athia wanted to create a center for development and creative forms of exchange between Muslims, the interfaith community, lay people, and elected officials.  There was a need for more communication even among Muslims, who come from different races, different cultures, and different language groups. Some were refugees or recent immigrants who needed a sense of welcome and belonging.  Islam accepts people in their diversity and does not try to change them or convert them to any belief system.

Athia was born in apartheid South Africa and completed her bachelor’s degree there, becoming a teacher.  She and her family were deeply affected by the apartheid system, and in 1989 she and her husband moved their young family to Australia.  Athia earned a master’s degree there and worked with women from all over the world.  There were many Muslim refugees from the war in the former Yugoslavia—Bosnians, Albanians—and there were also those from the Middle East—Lebanese, Syrians, Egyptians—as well as displaced South Africans.  All these people needed support and advocacy, and Athia became very involved.  In 1999, Althia’s husband was invited to the USA, the invitation led to a job offer, and they have been able to continue their work from their base in Los Angeles.