In Defense of Julian Assange 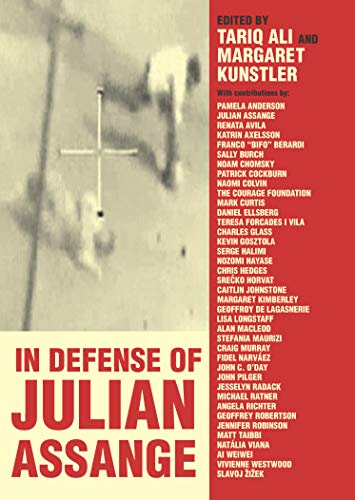 The purpose of this book , compiled by Tariq Ali, is to build support for Assange and prevent his extradition and delivery into the hands of the Trump administration.

After being forcibly removed from the Ecuadorian Embassy, Julian Assange is now in a high security prison in London where he faces extradition to the United States and imprisonment for the rest of his life.

The charges Assange faces are a major threat to press freedom. James Goodale, who represented the New York Times in the Pentagon Papers case, commented: “The charge against Assange for ‘conspiring’ with a source is the most dangerous I can think of with respect to the First Amendment in all my years representing media organizations.”

A wide range of distinguished contributors, many of them in original pieces, set out the story of Julian Assange and WikiLeaks, the importance of their work, and the dangers for us all in the persecution they face. In Defense of Julian Assange is a vivid, vital intervention into one of the most important political issues of our day.

All royalties from the sales of this book will be donated to the Courage Foundation.