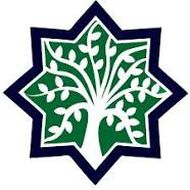 Muslims for Progressive Values (MPV) advocates for human rights, social justice and inclusion in the United States and around the world. Since its inception in 2007, MPV has been devoted to establishing and nurturing vibrant progressive Muslim communities worldwide. MPV envisions a future where Islam is understood as a source of dignity, justice, compassion and love for all humanity and the world.

On a global level, MPV carries out activities geared at advocating against human rights abuses carried out in the name of Islam in Muslim-majority states. These issues include women’s rights, discrimination against LGBTQI communities, freedom of and from religion, and freedom of expression.  At the end of 2013, MPV secured Consultative Status at the United Nations (UN)

The activities carried out under MPV’s Global Advocacy Work fall under the following categories:

Muslims for Progressive Values is a grassroots organization with inclusive communities established in several areas. You can click on a community for more information.  You can also subscribe to MPV’s newsletter.  MPV is a 501 (c) (3) nonprofit organization that has received Guidestar’s 2017 Silver Seal of Transparency. MPV accepts donations.