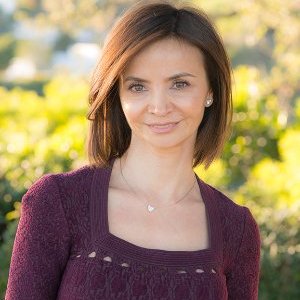 Stefania Magidson is the founder and president of Blue Heron Foundation, one of the largest non-profit organizations in the Romanian diaspora. Romanian-born, she has lived in the United States since 1983.

Stefania received a degree in Public Health from University of Utah and a Master’s in Applied Spiritual Psychology from the University of Santa Monica. Her work in the early ‘90’s focused on designing and implementing cardiovascular health programs.

Stefania is a global citizen, fluent in Romanian and Spanish, dedicated to empowering her fellow human beings through strategic charitable giving and support of education and the arts.  She has spent the last two decades helping orphaned and abandoned Romanian and Moldovan youths by awarding them merit based college scholarships.

In the fall of 2018 Stefania was a featured speaker at INK Talks, India’s equivalent of TED Talks, where she launched an invitation to replicate all over the world the model of the charity she founded.

Recently she realized another life-long dream of writing a book. “Searching for the White Magician” is a series of dynamic dialogues where she explores with poet/journalist Carmen Firan, themes ranging from immigration and philanthropy to spiritual psychology and self-realization.

Stefania lives in Los Angeles with her husband and their two sons.