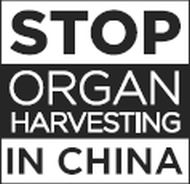 Stop Organ Harvesting in China has evidence that tens of thousands of Chinese are being killed for their organs, which are sold and transplanted at enormous profit.  The victims are practitioners of Falun Gong, which is a spiritual movement widespread in China. More than 100 million people were practicing Falun Gong in 1999 when the persecution began.  Since that time, millions of Chinese people have been abducted, imprisoned, tortured, fired from jobs, expelled from school, forced into homelessness, and killed for their organs.  You can read about it in this month’s recommended book, The Slaughter: Mass Killings, Organ Harvesting, and China’s Secret Solution to Its Dissident Problem by Ethan Gutmann.

Transplant tourism remains an ethical challenge. Dr. Caplan, head of the Division of Bioethics at New York University Langone Medical Center, said in his article Bioethics of Organ Transplantation, “…travel to China by foreigners to secure organ transplants has grown over the past decade. ‘˜Transplant tourists’ are attracted by a competitive price and a guarantee of a transplant. With no cadaver organ procurement system in place, the only way to guarantee the transplant of a liver or heart during the short time a transplant tourist is in China is to find matches among those in prison and execute anyone who is a suitable match.”

You can help by contacting your representatives, signing a petition to your senators; and by donating.