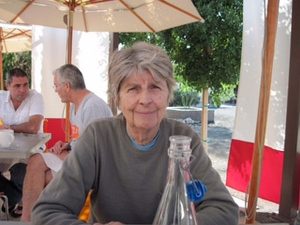 Mary Ann Webster is a veteran Sierra Club member and environmental activist who has served over 20 years as Chair for the Santa Monica Mountains Task Force, working to preserve the natural, cultural and historical resources of the mountains and coastal areas. The mission was (and is) protect open space and oppose wanton developments.  As an experienced hiker and “I” rated leader, Mary Ann has led a great many Sierra Club hikes, car camps and backpacks in the mountains and parks throughout California, as well as hikes on our local mountain trails. In 1983, she became a volunteer trail builder and is still out working on the trails most Saturdays. Her husband, Ron Webster, founded a highly regarded Sierra Club Trail Crew. Ron, with Mary Ann and his crew, can be credited for aligning, building and maintaining the majority of hiking trails in the Santa Monica Mountains and beyond.  Mary Ann’s most recent focus is in supporting the lawsuit brought by the Sierra Club against the California Coastal Commission for issuing a permit for the Edge Development in the hills of Malibu.