Home » Recommended reads » Robert B. Reich – Saving Capitalism: For the Many, Not the Few

Robert B. Reich – Saving Capitalism: For the Many, Not the Few 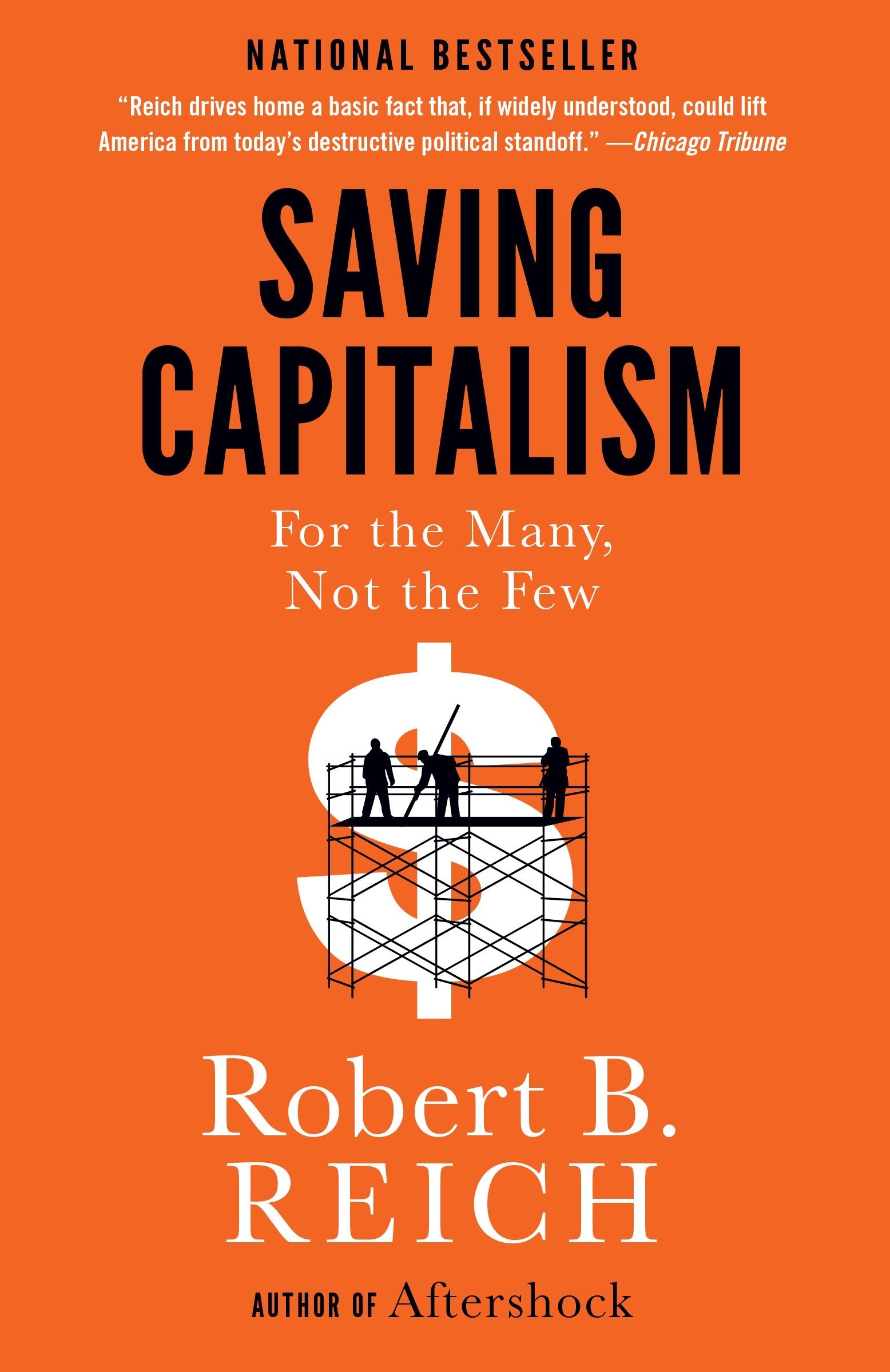 From the author of Aftershock and The Work of Nations, his most important book to date – a passionate yet practical, sweeping yet minutely argued, myth-shattering breakdown of what’s wrong with capitalism and our political-economic system, and what it will take to fix it.

Perhaps no one is better acquainted with the intersection of finance and politics than Robert B. Reich, and now he reveals the cycles of power and influence that have perpetuated a new American oligarchy, a shrinking middle class, and the greatest income inequality and wealth disparity in eighty years. He makes clear how centrally problematic our veneration of the “free market” is, and how it has masked the power of the moneyed interests to tilt the market to their benefit. He exposes the falsehoods that have been bolstered by the corruption of our democracy by big corporations and the revolving door between Washington and Wall Street– that all workers are paid what they’re “worth,” a higher minimum wage equals fewer jobs, corporations must serve shareholders before employees. Ever the pragmatist, Reich sees hope for reversing our slide toward inequality and diminished opportunity by shoring up the countervailing power of everyone else. Here is a revelatory indictment of our economic status quo and an empowering call to civic action.

Robert Bernard Reich is an American politician, academic, and political commentator. He served as Secretary of Labor under President Bill Clinton from 1993 to 1997. Reich is a former Harvard University professor and the former Maurice B. Hexter Professor of Social and Economic Policy at the Heller School for Social Policy and Management at Brandeis University. He is currently a professor at the University of California, Berkeley’s Goldman School of Public Policy. Mr. Reich is also on the board of directors of Tutor.com. He is a trustee of the Economists for Peace and Security. He is an occasional political commentator, notably on Hardball with Chris Matthews, This Week with George Stephanopoulos and CNBC’s Kudlow & Company.

“Few ideas have more profoundly poisoned the minds of more people than the notion of a “free market” existing somewhere in the universe, into which government “intrudes.”

“The simultaneous rise of both the working poor and non-working rich offers further evidence that earnings no longer correlate with effort.”

“Lehman Brothers’ Repo 105 program—which temporarily moved billions of dollars of liability off the bank’s books at the end of each quarter and replaced them a few days later at the start of the next quarter—was intentionally designed to hide the firm’s financial weaknesses. This was a carefully crafted fraud, detailed by a court-appointed Lehman examiner. But no former Lehman executive ever faced criminal prosecution for it. Contrast this with the fact that a teenager who sells an ounce of marijuana can be put away for years.”

“Ambitious… Reich makes a very good case that widening inequality largely reflects political decisions that could have gone in very different directions… “Saving Capitalism” is a very good guide to the state we’re in.”
– The New York Review of Books

“One of Reich s finest works, and is required reading for anyone who has hope that a capitalist system can indeed work the many, and not just the few.”
– Salon