Home » Recommended reads » Angela Y. Davis – Freedom Is a Constant Struggle: Ferguson, Palestine, and the Foundations of a Movement

Angela Y. Davis – Freedom Is a Constant Struggle: Ferguson, Palestine, and the Foundations of a Movement 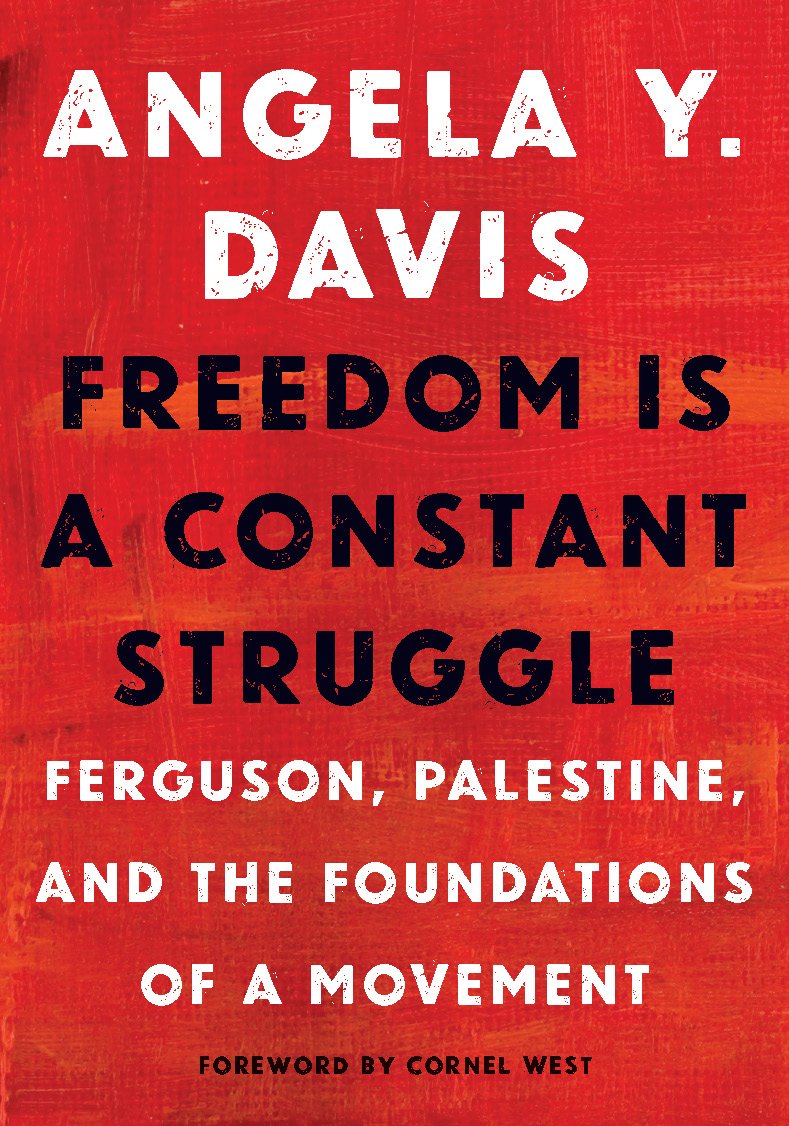 An analysis of  today’s struggles against state terror, from Ferguson to Palestine.

Activist, teacher, author and icon of the Black Power movement Angela Davis illuminates the connections between struggles against state violence and oppression throughout history and around the world.

In these newly collected essays, interviews, and speeches, world-renowned activist and scholar Angela Y. Davis illuminates the connections between struggles against state violence and oppression throughout history and around the world.

Reflecting on the importance of black feminism, intersectionality, and prison abolitionism for today’s struggles, Davis discusses the legacies of previous liberation struggles, from the Black Freedom Movement to the South African anti-Apartheid movement. She highlights connections and analyzes today’s struggles against state terror, from Ferguson to Palestine.

Facing a world of outrageous injustice, Davis challenges us to imagine and build the movement for human liberation. And in doing so, she reminds us that “Freedom is a constant struggle.”

Angela Y. Davis is a political activist, scholar, author, and speaker. She is an outspoken advocate for the oppressed and exploited, writing on Black liberation, prison abolition, the intersections of race, gender, and class, and international solidarity with Palestine.   She has authored several books, including Women, Culture & Politics. Born on January 26, 1944, in Birmingham, Alabama, she became a master scholar who studied at the Sorbonne. She joined the U.S. Communist Party and was jailed for charges related to a prison outbreak, though ultimately cleared. Known for books like Women, Race & Class, she has worked as a professor and activist who advocates gender equity, prison reform and alliances across color lines. Read more about her here.

“Davis’s arguments for justice are formidable. . . . The power of her historical insights and the sweetness of her dream cannot be denied.”
– The New York Times

“Angela Davis new book made me think of what Dear Nelson Mandela kept reminding us, that we must be willing to embrace that long walk to freedom. Understanding what it takes to really be free, to have no fear, is the first and most important step one has to make before undertaking this journey. Angela is the living proof that this arduous challenge can also be an exhilarating and beautiful one.”
– Archbishop Desmond Tutu