Concepts of Morality by Janet Maker 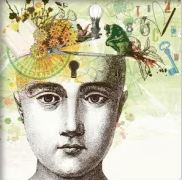 When I post “good news” I am guided by my concept of what is right and what is wrong. I have conservative friends who can’t bear to look at my website because what I consider to be good news, they consider to be bad news. As we can see from the conflicts raging all over the world as well as the political divisiveness in the U.S., people don’t agree on what is good and what is bad. We tend to label those who disagree with us as immoral or amoral, but usually that isn’t true. What is true is that their morality is different from ours.

Those of us who have taken classes in child development are familiar with Lawrence Kohlberg’s stages of moral development, which can be a useful way to categorize moral points of view.

Kohlberg’s Level 1 is called pre-conventional morality, and is typical of children aged nine and younger. Children at this level don’t usually have personal moral standards. Instead, they obey (or disobey) their parents, teachers, and other authority figures. Very young children follow the rules in order to avoid punishment, and they think that if someone is punished, they must have done something wrong. As they get older, most children start to understand that authority figures can disagree and have different points of view, but they still obey those who have authority over them. Slave-owners try to force this level of unquestioning obedience on adults, as do some dictators, and we can sometimes find these kinds of expectations among employers and political and religious leaders.

Kohlberg’s Level 2 is called conventional morality and is typical of most teenagers and adults. People at this stage internalize the role models, so they will follow the rules even if they could get away with breaking them. Although the authority is internalized, it is still based on group norms, and authority is not questioned. The child or adult follows the rules in order to gain the approval of others, to stay out of trouble, and to avoid feeling guilty. Conventional morality is sometimes referred to as “law and order” thinking.

Kohlberg’s Level 3 is called post-conventional morality and is based on abstract ethical principles such as human rights, justice, and equality. According to Kohlberg, only 10-15% of all adults are capable of the kind of abstract thinking that is needed for post-conventional morality. An example is Edward Snowden. He broke the law and would therefore be condemned by conventional morality. However, according to post-conventional morality, the good he did is more important than the law, and he is especially heroic because he incurred considerable personal risk to do the right thing and help others. Many people believe that it is immoral to obey bad laws.   I have never served on a jury because, when I go through the voir dire process and am asked whether I would uphold the law even if I think it’s wrong, I have to say no. Many of the postings on the Good News website reflect post-conventional thinking.

The Ten Commandments, as well as most rules and laws, are based on conventional morality. The Golden Rule is based on post-conventional morality if we understand our “neighbor” to be everyone. If we can expand our definition of neighbor beyond our family, tribe, nation, religion, or race, we will understand that everyone is equally worthy of the kind of treatment we want for ourselves.

Another way of looking at equality is the concept of the Veil of Ignorance put forth by philosopher John Rawls. Rawls asks people to engage in a thought experiment in which they can design a society and the distribution of wealth, authority, and other goods, any way they want. The catch is that they must operate behind a “veil of ignorance,” meaning that they cannot predict what position they will occupy. They cannot predict their own parentage, race, gender, nationality, religion, social class, health, or intellectual level. If they design a society based on slavery, they can’t know whether they will be an owner or a slave.

Albert Einstein’s Circle of Compassion is an example of the highest type of post-conventional morality:

A human being is a part of the whole, called by us “Universe,” a part limited in time and space. He experiences himself, his thoughts and feelings as something separated from the rest, a kind of optical delusion of his consciousness. This delusion is a kind of prison for us, restricting us to our personal desires and to affection for a few persons nearest to us. Our task must be to free ourselves from this prison by widening our circle of compassion to embrace all living creatures and the whole of nature in its beauty. Nobody is able to achieve this completely, but the striving for such achievement is in itself a part of the liberation and a foundation for inner security. Albert Einstein (1879 – 1955)

So far as I can see, the use of military force and all other forms of coercion, as well as the
amassing of wealth and power, will lead neither to a world that works nor to a satisfying life.

Only compassion will do that.